Planet of the Humans is a 2019 American environmental documentary film written, directed, and produced by Jeff Gibbs. It is backed and promoted by Michael Moore, who is also the executive producer. Moore released it on YouTube for free viewing on April 21, 2020, the eve of the 50th anniversary of the first Earth Day.

A conclusion of the film is that green energy cannot solve the problem of society's expanding resource depletion without less consumption, which is by definition unsustainable given that the Earth is finite. The film argues that renewable energy sources, including biomass energy, wind power, and solar energy, are not as renewable as they are portrayed to be. The film has generated controversy and been criticized as partially outdated and misleading.

The film was temporarily taken down from YouTube on 25 May 2020 in response to a claim of copyright infringement. The take down was challenged and, twelve days later, YouTube removed the restriction, allowing the film to be viewed again on Moore's channel. The filmmaker responded, "There is absolutely no copyright violation in my film. This is just another attempt by the film's opponents to subvert the right to free speech."

The team of Michael Moore, Jeff Gibbs, and Ozzie Zehner directed and produced the documentary and finished it in 2019. Its content consists of energy-related footage, street interviews, formal interviews, and archival footage of businessmen and prominent environmental leaders. Footage includes satellite views of America's night skies, construction of a wind turbine, a solar fair, a wind farm construction site, a solar array owned by Lansing Power and Light Company, the Ivanpah Solar Power Facility, biomass facilities, and public events where prominent environmental leaders were speaking. Interviews were done by a camera crew that identified themselves as being from New World Media during public events. These interviews were preceded by a number of formal interviews with Richard Heinberg, Ozzie Zehner, and Penn State anthropologist Nina Jablonski. The voice-over for much of the film was done by Jeff Gibbs.

The film received its world premiere at the Traverse City Film Festival (TCFF) in July 2019. On 21 April 2020, the eve of Earth Day, Moore announced that the film would be available for free on YouTube for 30 days, which was later extended by another month because of high viewership.

In an interview held at TCFF, Gibbs stated that "the film is not expected to be a comfortable beginning to the needed conversation" especially for those who treat solar and wind energy like "sacred cows".

The Films For Action website originally promoted the documentary. After protests stating that "the film is full of misinformation", they removed the embedded link and published a statement listing multiple falsehoods and errors, including statements about environmental organizations and solar and wind power that were outdated or just incorrect. On May 7, Films for Action restored the embedded link, stating their concern that "taking the film down in the context of Josh's retraction campaign was only going to create headlines, generate more interest in the film, and possibly lead people to think we're trying to 'cover up the truth,' giving the film more power and mystique than it deserves".

On 25 May 2020, the film was temporarily removed from YouTube due to a copyright infringement claim by a British environmental photographer over a 4-second segment Gibbs considered fair-use content. The controversial video had more than 8 million YouTube views at the time. Moore and Gibbs called the move a "blatant act of censorship" and disputed the claim with YouTube. The producers made the video available for free streaming on the competing Vimeo platform.

The film uses footage of a solar field that is up to a decade old, which may give a false impression of the maturity of the technologies in the present day. One field of solar panels the documentary shows operates with 8% efficiency of sunlight conversion, which is below the typical 15-20% efficiency of newer solar panels as of 2020.

Attending the launch of a General Motors electric vehicle, an interviewer discovers that the car, being recharged to demonstrate how electric cars are recharged, is being powered from a grid which uses 95% coal, which is not reflective of power grids average, just over 60% fossil fuel in 2019.

A pie chart is shown in the film with total battery storage compared to yearly energy use, which is a factor of thousand higher. The filmmakers suggest that this amount of energy storage is needed to make sure intermittency of renewables does not lead to power outages. In reality, battery storage is only part of solving intermittency, and using a "mix" of different energy sources reduces the need for batteries.

The film compares the carbon footprint of renewable energy to fossil fuels, when taking into account all different stages of their production. However, a large body of research shows the life-cycle emissions of wind, nuclear and solar are much lower than fossil fuels.

In a letter, filmmaker and environmental activist Josh Fox and academics including climate scientist Michael Mann have asked for an apology and a retraction of the film. They claim the film includes "various distortions, half-truths and lies, and that the filmmakers "have done a grave disservice to us and the planet by promoting climate change inactivist tropes and talking points. 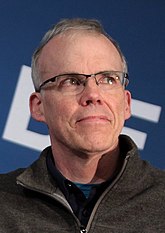 Claims about the environmental movement

The Union of Concerned Scientists, which was mentioned in the movie, responded to the allegations: "it implies that UCS took money from corporations profiting from EVs, without (again) stopping to check the facts, or reaching out to UCS about it. It wouldn't have been hard, either way, to discover that UCS doesn't take corporate money at all".

Environmentalist Bill McKibben responded to claims made in the documentary about him and the organization he cofounded, 350.org:

"A Youtube video emerged on Earth Day eve making charges about me and about 350.org — namely that I was a supporter of biomass energy, and that 350 and I were beholden to corporate funding, and have misled our supporters on the costs and trade-offs related to decarbonizing our economy. These things aren't true."

In Rolling Stone, McKibben continued: "the filmmakers didn't just engage in bad journalism (though they surely did), they acted in bad faith. They didn't just behave dishonestly (though they surely did), they behaved dishonorably. I'm aware that in our current salty era those words may sound mild, but in my lexicon they are the strongest possible epithets."

Dennis Harvey in Variety claimed "Gibbs' dull monotone makes him a poor narrator", "there's nothing particularly elegant about the way Planet of the Humans arrives at its downbeat thesis," and "though well-shot and edited, the material here is simply too sprawling to avoid feeling crammed into one ungainly package." Peter Bradshaw of the Guardian called the film "refreshingly contrarian."

Gary Mason at The Globe and Mail referred to the film as "The Michael Moore-backed film enviros are dreading".

The Las Vegas Review-Journal editorial page wrote of the movie, "Mr. Gibbs and Mr. Moore critique wind energy for requiring enormous amounts of copper and rare earth minerals. Wind farms also require developing large tracts of land. Solar energy gets dinged for its dependence on mining coal and quartz. ... electric cars sound great, but they depend on the fossil-fuel-powered electrical grid." University of California Professor environmental policy professor Leah Stokes, at Vox Magazine wrote that the movie undermines the work of young climate activists and that "Throughout, the filmmakers twist basic facts, misleading the public about who is responsible for the climate crisis. We are used to climate science misinformation campaigns from fossil fuel corporations. But from progressive filmmakers?"

Dana Nucitelli of Yale Climate Connections claims "The film's case is akin to arguing that because fruit contains sugar, eating strawberries is no healthier than eating a cheesecake.

For Resilience, Heinberg has also written: "[The film] starts a conversation we need to have, and it's a film that deserves to be seen." and "Mainstream enviros will hate this movie because it exposes some of their real failings. By focusing on techno-fixes, they have sidelined nearly all discussion of overpopulation and overconsumption."

Emily Atkin, environmental journalist for The New Republic, described the documentary as "an argumentative essay from a lazy college freshman".

Environmental journalist Brian Kahn in Earther wrote that the filmmaker's choice to have "mostly white experts who are mostly men" argue in favor of population control gives the film "a bit more than a whiff of eugenics and ecofascism. [...] What's most frustrating about Gibbs' film is he walks right up to some serious issues and ignores clear solutions", Kahn concluded. InsideClimate News concluded that the movie "will almost certainly do far more harm than good in the struggle to reduce carbon emissions". Jacobin wrote that the film "embraces bad science on renewable energy and anti-humanist, anti–working class narratives of overpopulation and overconsumption", concluding that by "focusing on industrial civilization and 'overpopulation' as the cause of environmental problems, Moore and Gibbs distract us from the real problem: the untrammeled market." Ted Nordhaus, an environmental policy writer and proponent of nuclear energy and industrial agriculture, noted that the bias in portraying renewables in the film "is a mirror image of the misinformation that the anti-nuclear movement has trafficked in for decades" and concluded the overall message of the film is neomalthusian.

In the Guardian, environmental activist George Monbiot calls it "an excruciating mishmash of environment falsehoods". Peter Bradshaw wrote for the Guardian that, despite its criticism of key environmental leaders, the video refrained from criticizing Greta Thunberg, a long-time advocate of such technologies.

Laura Schmidt, founder of the Good Grief Network, wrote "For many, these flaws in the documentary were enough to discredit it entirely, leaving some of the voices I respect to sum up their reactions by calling it 'crap.' There is something deeper happening."